Learn how WebRTC works through an example

WebRTC, or Real-Time Communication for the Web, is an open-source project supported by Apple, Google, Microsoft, Mozilla, and many others. It allows for voice, video, and data to be sent between peers (two or more computers/devices that are connected). WebRTC is currently supported by all major browsers and native clients on all major platforms.

WebRTC can be slightly overwhelming to learn. There are so many concepts and terms scattered throughout the official documentation, and it takes a little while to fully grasp. It has been built on top of many open standards and protocols that are masterfully stitched together to make the sum better than its parts. Most of these protocols pre-date WebRTC by many years. Fortunately, though, there are many awesome tools available to make writing WebRTC applications easier, such as Simple WebRTC!

Traditionally, when two nodes (computers or mobile devices) want to communicate with each other, they use a server. All the video, audio, and data would pass through this server as a relay. The main issue with this is it can get very expensive to host, and having a server in the middle can have a couple of disadvantages. For example, communication through the server can add latency. A very basic example of this is if two devices having a video call are a block away, but the relay server is hosted somewhere very far away. The other issue is scale. As more and more users begin to use the server, more resources are needed to handle this massive amount of data. 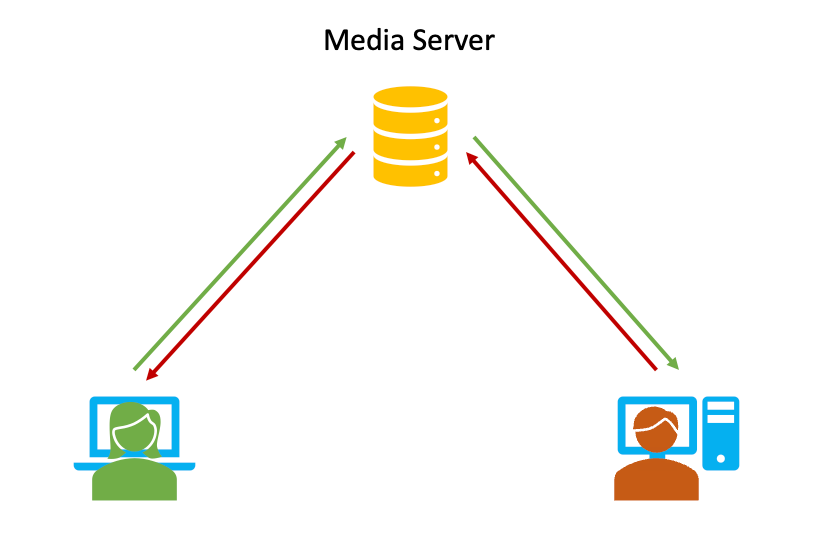 Audio and Video transmitted via server

The ideal scenario that we want is for the devices to talk directly to each other (peer-to-peer), rather than our devices having to stream audio and video through a server (peer-to-server-to-peer). The benefits of this are lower cost, it's more environmentally friendly, and there is improved privacy for users. All of this sounds great, but how does it work? 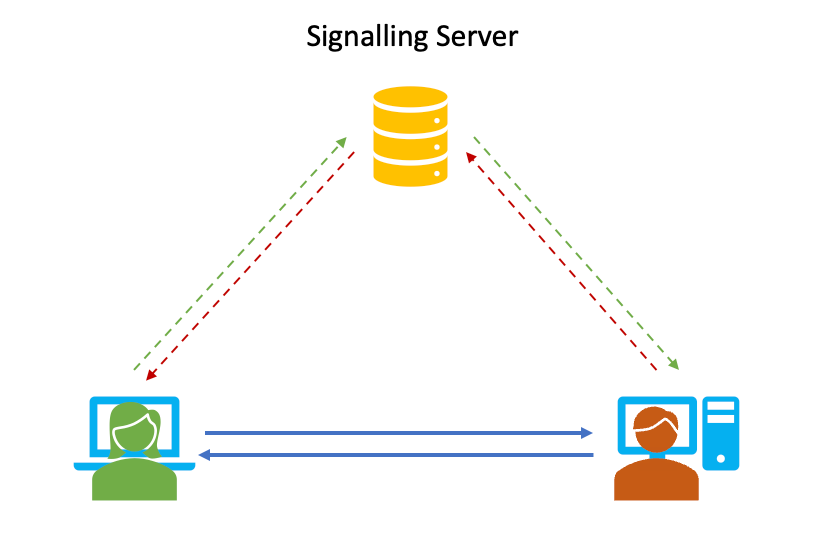 There are so many concepts baked into WebRTC, and it's very easy to get lost when you're picking it up. We'll start with a super simple example to help clarify some concepts.

In our example, Rick and Morty want to hop on a video call. Each of them have their own computer on their own home internet connection, but how does Rick's computer know how to find Morty's computer? We can break WebRTC down into 4 steps from the moment Rick and Morty decide that they want to talk.

Below is a more technical example of an actual WebRTC flow, and how the browsers communicate with each other.

Whew! That's a lot of steps. As you can see, WebRTC is quite complicated, and it gets even messier when there are more than two users communicating with each other. Fortunately, there are a lot of amazing tools out there to make writing WebRTC less complicated, such as Simple WebRTC.

Keep an eye out for more articles around WebRTC, and some practical examples very soon. We'll be walking through common use cases and how we create memorable digital experiences with WebRTC very soon!